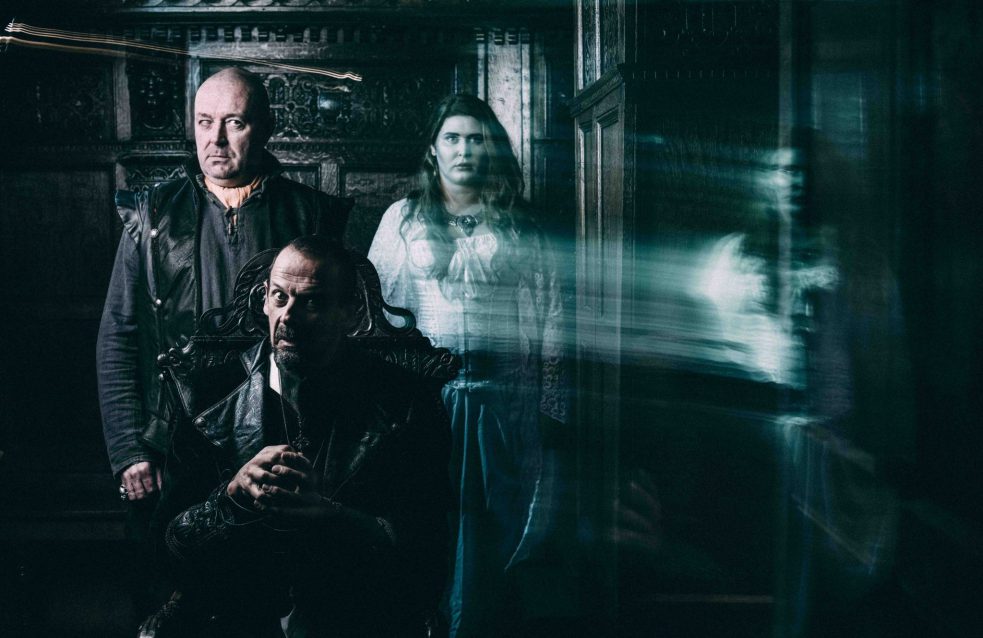 Heart pounding I slumped back in my seat and refocused my attention on the scene unfolding in front of me. I was in the dark, eerie, slightly drafty loft of the 15th Century Tuckers Hall in Exeter and so absorbed in the tense, dramatic scene playing out in the room that the sudden loud noise had startled me, causing me to jump from my seat adrenaline pumping through my veins.

My heart rate slowing, the fear evaporated as either side of me people grinned in amusement at my fright. I has been so captivated by the action that momentarily my reality was suspended as Thomas Frey (Richard Pulman) searched for his young bride Martha (Fern Stone) who had mysteriously disappeared on their wedding night.

The play, One for Sorrow, is Substance and Shadow’s latest offering – a brooding Victorian melodrama with a sinister twist that will consume and bewitch you, taking you on a chilling journey of intrigue as the shadows between the two worlds tantalisingly reveal secrets the living wish to keep hidden.

Wonderfully narrated by The Beadle, Jeremiah Nethercott (Nathan Simpson) and expertly acted, One for Sorrow is another triumph from Substance and Shadow. Very well researched and delving deep into Exeter’s colourful historic past. Tuckers Hall, one of Exeter’s oldest and most iconic buildings, added to the spine-tingling drama providing a stunning backdrop for experiencing this wonderfully immersive play at close quarters.

There were moments so intense I hardly dared look for fear of what the scene may reveal, but at the same time I was perched on the edge of my seat eagerly awaiting the unravelling of the mystery. The sparsely lit room illuminated by flickering candlelight, the sound effects and the clever use of projected visuals came together wonderfully for a captivating, well-rounded show that beautifully demonstrated the creative flare of writers Midge and Rosie Mullin. The script conjuring images so vivid I momentarily forgot my reality!

Another must see play from Substance and Shadow, and there is still time to grab a ticket!